There can be few countries as well placed to take advantage of the AI revolution as India.

Its world-leading Universities and research institutions are already helping to drive forward innovation in artificial intelligence, while India’s vast economy is poised be a voracious consumer of AI, with its transformative potential.

Access to leading-edge AI compute will be a major factor in how rapidly the country is able to progress, which is why Graphcore has chosen to open its first office in India, under the leadership of former Cray executive Sudhakar Yerneni.

Based in Pune, Sudhakar and a growing team of sales and technical support staff will work with customers and partners across India to drive adoption of Graphcore’s advanced AI systems, which are powered by the company’s Intelligence Processing Unit (IPU).

“India is primed to take advantage of the AI revolution. This technology has the power to transform our economy and ensure our continued status as a leading research nation in sectors such as healthcare, finance, energy, agriculture and beyond,” said Sudhakar.

“Graphcore’s compute systems are accelerating the pace of AI innovation around the world, with IPU users making breakthroughs not possible on other technologies. We’re excited to see what our customers in India are able to do, given that same advantage.”

One of the first users of Graphcore IPU systems in India is the Centre for Development of Advanced Computing (C-DAC). The centre will, in turn, offer remote access to its IPU-POD system to academic and research institutions in India.

“C-DAC exists to advance India’s advanced compute capability, so it is only natural that we would want to explore the many possibilities offered by Graphcore’s IPU. Having taken delivery of IPU-POD system for evaluation, we are now able to make that technology available to researchers and academics across the country,” said Sanjay Wandhekar, Senior Director & HoD HPC Technologies, CDAC, Pune.

Graphcore's new territory manager for India, Sudhakar Yerneni, brings with him a wealth of experience in helping customers navigate the changing computing landscape.

Sudhakar began his career at C-DAC in Pune. Having worked extensively with high performance computing systems, he then joined Hinditron as an Applications Analyst, focusing on Cray Systems. 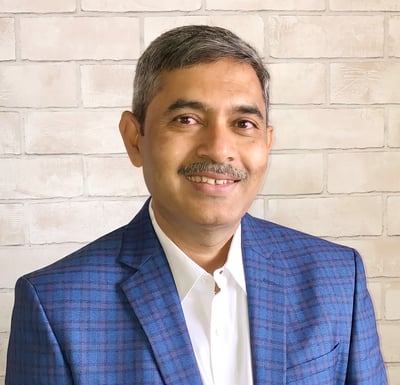